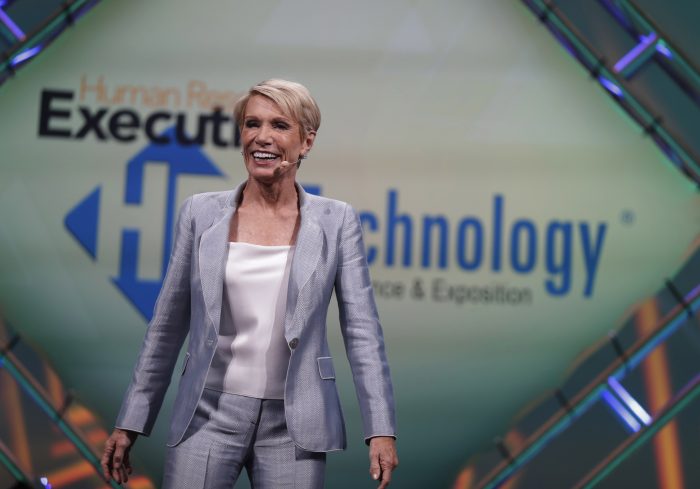 By the time she was 23 years old, Barbara Corcoran had held down 22 different jobs. She was confident her latest waitressing gig in Edgewater, New Jersey, would land her a big break — and she turned out to be right.

It was at the small diner that she met her future business partner, who ultimately would loan her US$1,000 that kickstarted her real estate career and led to the founding of the Corcoran Group — which she eventually sold for US$66 million. Corcoran, who now stars on the US television series Shark Tank, shared the HR secrets to her success with thousands of conference goers at the opening session of the HR Technology Conference & Exposition, taking place in Las Vegas this week.

When she looks back on her storied career, Corcoran said, she can identify five key business lessons that helped her recruit, retain, and develop the best and brightest talent — and which today’s HR leaders can embed into their organisations:

Barbara Corcoran was the keynote presenter on the opening day of HR Tech Conference and Exposition, being held in Las Vegas, US, this week. For all the best global insights right here in this part of the world, be sure to be part of HR Tech Festival Asia over May 12 and 13 in 2020.

The most common reason new graduates gave for leaving a job within three years was that the “job was not a good match” (40.1%), according to a survey.