Out with the old, in with the new at Takeda Pharmaceutical 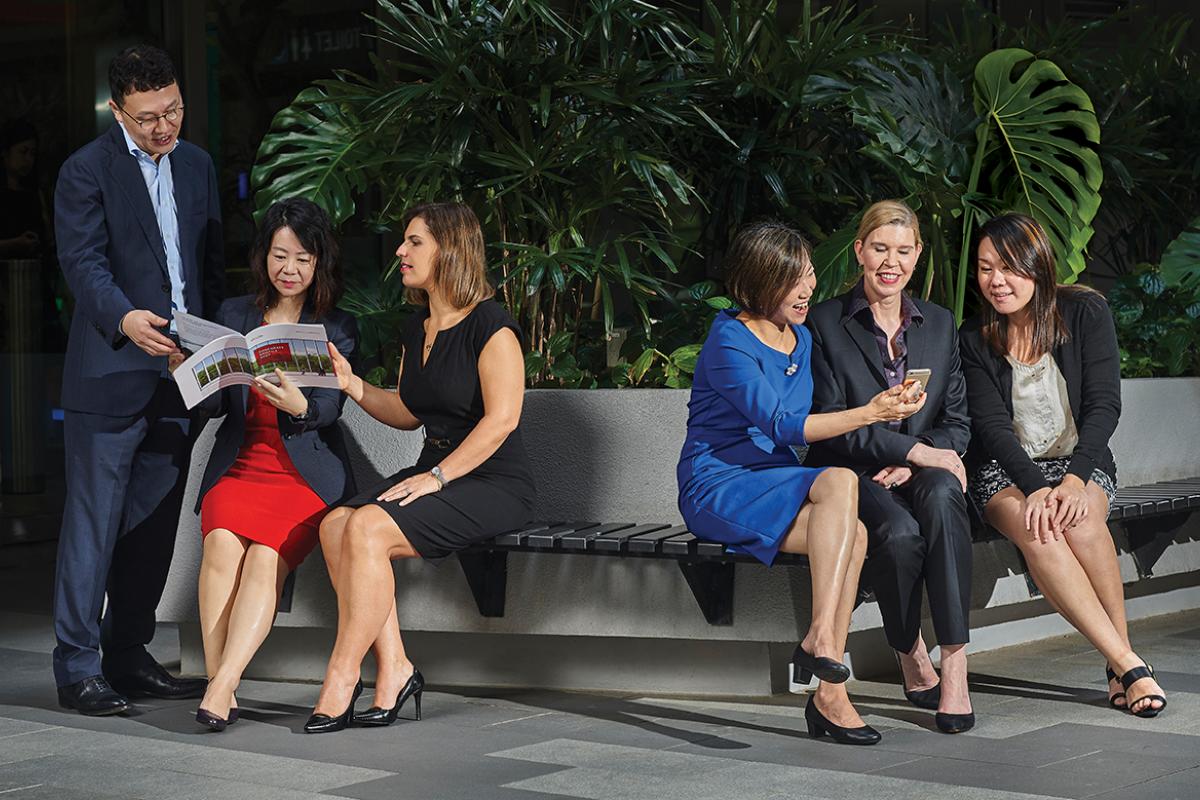 Japanese drug and medical equipment manufacturer Takeda Pharmaceutical Company may be 237 years old, but its HR processes and systems are anything but aged.

For starters, in the last three years, the company has undergone a massive business and HR transformation.

Vice President of HR for Emerging Markets (including Asia-Pacific) Ana Cardoso says the transformation wheels started turning in 2013, the year she joined Takeda’s Zurich offices as the Talent Management Head of Emerging Markets. In that role, she was tasked with implementing a global talent management strategic framework that would standardise human capital processes across all offices.

The change, Cardoso says, had been a long time coming. There was some initial resistance to the idea, and her team had to work hard to convince organisation leaders that a global internal platform would be beneficial to the business.

Then, in 2015, when the business had a complete review of its geographical divisions, a decision was made to move the regional office of the Emerging Markets unit from Zurich to Singapore, away from Europe. The shift, she recalls, was what really helped to speed up the move towards a global HR system.

“We had nothing here. We had to build up the regional office from scratch. We transferred some people over to Singapore, and we hired many more,” she shares. Today, over 50 corporate employees in this office support all 37 countries that form the Emerging Markets group.

“Three years ago, we didn’t have a global set-up, each unit was independent. I was fortunate enough to participate in the transformation and drive some of the decisions that we took,” says Cardoso.

The regional presence was very much in line with the organisation’s governing mission, which is “to be as global and as local as needed”, she adds.

As part of the HR strategy consolidation, all of the numerous organisational systems and processes that were previously used have been streamlined into one global analytical platform.

This consolidation has increased the efficiency of talent management processes and information accuracy across the board, by allowing offices on different parts of the planet to extract a wealth of data on one another, including promotions, gender diversity and, pay scales.

“Before, if I had to get data from 37 countries where we operate in, I would have Excel files of information to consolidate, knowing that it was unlikely they would be reliable,” says Cardoso.

Since analytics was introduced, internal promotion rates across all countries, for example, have risen substantially, from 40% in 2016 to 66% in 2018. HR and team managers are now able to forecast what capabilities will be needed in the future and where the talent gaps of each business division are, all of which informs its leadership development, training, and succession planning strategies.

“We used to just place people and talk about their next roles. Now, we ask: ‘do you have any women on your team?’; and ‘how diverse is your management team now?”

The greatest impact, however, has been felt in the area of gender diversity, says Cardoso.

For the first time, the company started tracking the analytics on diversity, and it discovered that diversity figures were lower at the highest organisational levels (33% female representation).

Gender diversity has become a big part of the conversation among senior leadership, and is now one of the key business performance indicators.

“I never realised this was an issue, but I found out that it was something we had to work on,” Cardoso reveals.

“It is something we need to do internally, but it’s really about changing the culture.”

The culture change is well underway, with the most focus being spent on China, Russia, Brazil, and South Korea, all of which fall under Emerging Markets. The organisation has started to implement a number of work-life strategies that make it easier for women to balance their home life and careers in these countries.

In South Korea, benefits for women include flexible working hours, an additional five days of childcare leave entitlement, as well as breastfeeding rooms so that new mothers are able to tend to their newborns while still at work.

Female employees are also entitled to “reasonable” daily breaks, or a daily reduction of work hours to breastfeed, which are allowed as paid recess, at least twice per day for more than 30 minutes each.

“We have seen from the positive results, that the more diverse an organisation is, the more successful it will be,” says Cardoso, adding that there is a significant amount of investment has gone into diversity programmes in China, Russia, and South Korea.

To improve diversity levels across the board, four years ago, HR launched local group sharing sessions, where women leaders are invited to talk about the challenges they had to overcome on their way up.

The emphasis on diversity has also influenced the succession planning process. Five years ago, HR and team managers would get together twice a year and have talent review sessions, where they discussed the individuals, their performance, and where they would be placed in the future.

“We used to just place people and talk about their next roles. Now, we ask: ‘do you have any women on your team?’; and ‘how diverse is your management team now?’,” says Cardoso.

“Now, it’s not enough just having successors, we need to talk about strong successor pipelines, and diversity helps.”

Becoming an employer of choice

All these efforts have helped Takeda to improve employee engagement levels globally, and its standing as an attractive employer.

When the first staff engagement survey for the Emerging Markets group was conducted in 2013, it was already at an impressive score of 89%. This grew to 92% in 2017, and talent retention rates have also grown.

The success of Takeda’s transformation efforts also prompted the company to apply for a global Top Employers Institute certification in 2016 (which it received).

“When we start to see the good job we have done internally, we thought it was time to make things public too,” says Cardoso.

The certification also gave the organisation a much-needed advertising boost to job-seekers.

“Takeda is not very well-known as a company outside of Japan. So we are not a company that people want to join. When they apply for a job here, they don’t know us,” Cardoso admits. Following the certification, Takeda has been able to attract 12% more job applications than previously.

It has also allowed the organisation to benchmark its HR systems and processes against other top companies, and check out the best practices that it can learn from.

Cardoso says the decision to get certified was particularly crucial for emerging markets, where she says the company is very much a specialist healthcare organisation.

“If you don’t have these kinds of processes to show, and say, ‘look at us – you can have a very good time here’, then it’s difficult to attract the best,” she says.

Through all the technological and cultural changes, the global HR team under Cardoso has stayed resolute and focused on the end goal – to position the business as a truly global powerhouse.

As a result, Cardoso says the HR agenda is now firmly a part of the overall business agenda.

“I don’t need to fight to talk about people here. Having a management team that supports my initiatives is priceless,” she says.

And with a company mission statement as “better health, brighter future”, Takeda seems to have delivered this promise not just to customers, but employees too.

“The better employees we have, the better services that we deliver to the patient,” she says.

“Ultimately, the question is how do we match our business aspirations to our employee value proposition, because the people are really what makes a difference to our business.”

Fearing that their businesses will not be able to operate at full capacity, some employers remained silent about staff testing positive for the virus.

Women formed only 20.9% of managers in 2,486 organisations in the country, according to the Ministry of Employment and Labour.

Victoria is the first state in Australia to provide financial support workers who need to be quarantined.