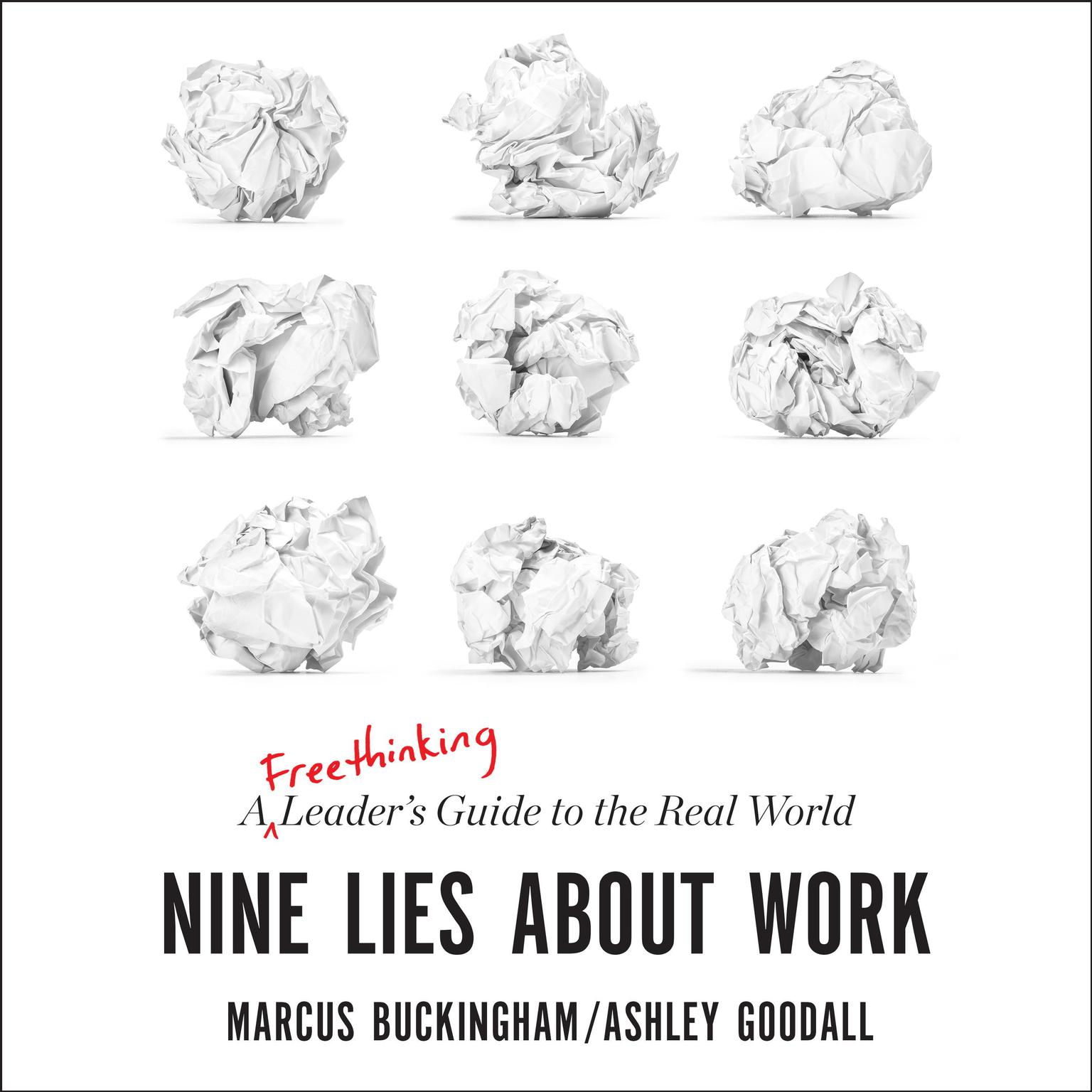 In his ninth book, Nine Lies About Work (Harvard Business Review Press, 2019), Marcus Buckingham (along with his co-author this time, Ashley Goodall, a senior vice president of HR at Cisco) applies his wit and famously out-of-the-box critical thinking to decades of academic research to debunk many of the bedrock operating principles traditional HR departments hold so dear – in the politest manner imaginable!

The graphics on the cover’s subtitle reveal what’s to come: “A Freethinking Leader’s Guide to the Real World,” with “free-thinking” written by hand inserted over the type. This book is a contrarian’s largely sympathetic view of how many American corporations wrongly recruit, manage, measure, develop and lead their talent – what we’re now calling the “employee experience” – all executed by HR.

You may remember the infamous Fast Company cover story “Why We Hate HR,” which just celebrated its 14th anniversary; maybe Thomas Stewart’s earlier Fortune management column in 1996 about HR needing to be “blown up”; and just recently, July’s story in The Atlantic, “The Problem with HR.” Outsiders love bashing HR. Sometimes, we do it ourselves.

Nine Lies is nothing like these. Marcus is a hereditary HR person (like an English hereditary peer): Both his father and grandfather were “personnel directors” at UK companies. Though he never had the role, during his 18 years at the Gallup Organisation (starting part-time during college at Cambridge), he absorbed a lot of the thinking and research of HR’s big thinkers — PhDs in industrial organisational psychology and organisational development —without earning any of the degrees.

His book calls on his and his co-author’s research and thinking, plus decades from the academics. Some of them may dismiss that as “dredged-up recycling,” but others see the value.

“While many of the authors’ points were made long ago and are well known to researchers … such books can help leaders in organisations realize there is a vast body of research by HR academics and other social scientists that has proven many generally accepted management assumptions to be simplistic or even wrong,” says John Boudreau, professor and research director at the Center for Effective Organisations at the University of Southern California

Right. When was the last HR academic paper you, your boss, your Chief HR Officer or your CEO read? Or I read? They are tough sledding. Many of those people will read the Harvard Business Review, where the co-authors published a performance-management cover story in 2015, or dip into the good research coming out of McKinsey.

Nine Lies is utterly readable, often entertaining, and not just polite, but carefully reasoned and argued using some unusual real-world examples and even some from literature. It takes the reader by the hand, respectfully describes a current HR process or belief, dissects it like a frog in high school biology, reveals it to be wrong, and then replaces it with a new truth as the authors see it. And you probably will, too.

Full disclosure: I have been a big Marcus fan since first hearing him keynote Debbie McGrath’s first big HR.com conference in 2004. That was soon after he left Gallup as a senior vice president at age 37. And after his first two business best-sellers that I haven’t read but made his reputation: First, Break All the Rules (Simon & Schuster, 1999) and Now, Discover Your Strengths (The Free Press, 2001).

After trying to turn his coaching and leadership company into an HR software company, I visited him in Beverly Hills for product briefings and casual conversation in 2015 and wrote this column.

Later that year, he keynoted the HR Technology Conference®. There, he displayed the rare and magical speaker’s talent of seeming to talk personally and directly to each member of the audience. At least, I felt that way, and he didn’t know where I was sitting. Catch him keynoting at this year’s conference and see if you agree.

But beyond my talent envy, I love that he abjures all corporate speak and euphemisms. I’ve done the same for 30 years, when I have never met a corporate “challenge” that I didn’t consider, and usually call a “problem.” As for his own book title, he writes:

“We could call these things ‘misconceptions,’ or ‘myths,’ or even ‘misunderstandings,’ but because they are pushed at us so hard, almost as if they’re used to steer us away from the world as it truly is, we’ll call them ‘lies’.

“[A freethinking leader] knows that the only way to make the world better tomorrow is to have the courage and wit to face up to how it really is today.”

Happily, the book’s Amazon page lists all nine lies as the table of contents at the top of the “Look Inside” book sample, so I needn’t print them here or give short encapsulations of long arguments that won’t do them justice.

Because the book is so polite (though always devastating to each subject), I must point out the one section where anger leaps off the page: “Lie #7: People Have Potential.” He is furious about the HR group talent-review process where everyone is placed in a nine-box and some get labeled “high potential” and others “low potential.”

First the sympathy: “Assigning a ‘potential’ rating to each employee is a product of some very good and necessary intentions. … Your company is a maximisation machine — it wants to make the best use of its finite resources.”

Then the critique: “The lie that people have potential [that can be predicted] is a product of organisations’ desire for control, and their impatience with individual differences.”

Then here the outrage: “This sort of apartheid does terrible things to a company. The careless and unreliable labeling of some folks as hi-pos and others as lo-po’s is deeply immoral … The maximisation machine should make the most of every single human within it, not just a rarefied subset … You do not say these things because they are not things human beings say to other human beings in the real world.”

And once this thinking gets institutionalised into management processes and computer systems, fougeddaboutit!  [We] have sacrificed common sense and humanity at the altar of corporate uniformity.”

Read the book for the suggested alternative. It also has contrary arguments about well-rounded people, cascading goals, competencies, performance ratings (of course), and even work-life balance! While Nine Lies is aimed at HR and the C-suite, people at every corporate level can benefit from it.

Being Bad Manager 101 and doomed to being a sole proprietor for 30 years, I always think about the first-time manager, who has not gone to B-School and gotten a course in “organisational behavior,” the fancy name for learning how to manage people. Plucked from a group all doing the same job, probably for being good at it, he or she is elevated with zero knowledge of how to manage former co-workers, beyond being perfectly qualified to substitute for any calling in sick.

Read Nine Lies and learn how to lead a team; how to talk to your members about expectations, strength, recognition and growth; how to listen to them; and how to motivate them by touching their humanity around supporting one another. Plus, how negative feedback almost always has negative results!

Probably not bad things to learn for middle managers, who may have been faking it for years!

Been thinking about the Future of Work? Nine Lies has a unique vision of it. ADP wisely bought Marcus’ company and all its intellectual property more than two years ago, left the company alone and put him in charge of all people and performance research at the ADP Research Institute. The company has committed its next-generation HCM software to reflect his vision of the importance of teams and the proper ways to manage performance.

As for the rest of Nine Lies, which is an independent book, I fear someone else might beat them to creating software that embodies its new model for HR.

To cover most of the supplementary budget, the government will have to issue new bonds worth 22.1 trillion yen by March 2021.